Lung Cancer – a cancer with highest mortality across the world but comparative less research and options.

Lung cancer – a cancer with stigma of smoking disease however majority of newly diagnoses cases are non-smokers.

Lung cancer – for which, there is not a single NGO in India unlike many for Breast Cancer, Blood cancer etc. The picture in world is not much different.

Kusum is having a rare type of Lung Cancer which is Non-Small Cell Lung Cancer (NSCLC) with Anaplastic Lymphoma Kinase (ALK) gene mutation/rearrangement.

Non-small cell lung cancer accounts for about 85 percent of lung cancers and includes:

In Adenocarcinoma, there are multiple type of mutations and ALK is one of them which is rare type as found only 3-7% of adenocarcinoma lung cancer cases. 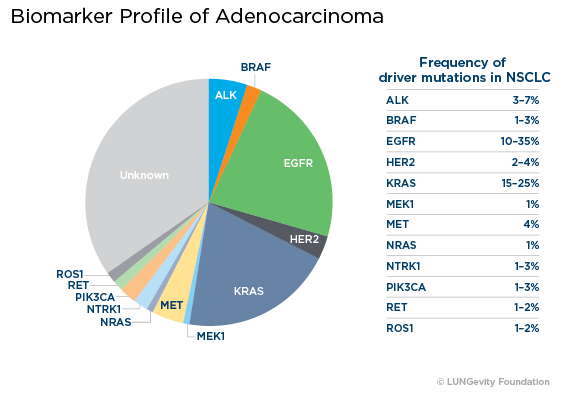 We do have a global group of ALK positive patients , where three tenets group members live by are Information, Support, and Empathy, no matter where one may be.  The group uphold these by providing Worldwide Information about ALK lung cancer to each other. The group members (ALK+ve patients and caregivers) support one another around the globe to improve our physical and emotional well being; and  having Empathy towards each other because we are all on this journey together, no matter where we live.

However, in India, we realize that in addition to above there are some critical local/ country level needs which needs to be addressed locally. For ex.:

Therefore, with support of like minded and exceptional patient advocates Amit Mohille, Chacko Varghese, Sushila Krishnamorthy and others, we had formed India ALK Positive support group to support patients locally for all above mentioned needs while remain active part of global group for 24*7 support.

Oncogene focused / mutation level patient support group is a new concept in India, not only new for patients but also for Doctors, Industry and policaymakers in India. However it has expectional benefits as all patients are of same type of mutation level cancer, on same group of medicines, side-effects…so much knowledge, experience and support!!.

We are actively working on these needs in India while meeting with patients, doctors, industry, policy makers, hospitals and media. It is a long journey and we hope not to only to change future (for better) for ALK Positive Lung Cancer but also Lung Cancer in general and patient support group for all type of Cancer.

If you know anyone with ALK+ve NSCLC, please direct them to or Are you a patient or caregiver of someone with ALK+ Lung Cancer?